On Monday, Rich and I celebrated two whole years of marriage (insert applause).

In the GRAND scheme of things, two years isn’t a huge feat but in the madness of every day life and our current culture, two years is basically like an eternity. So yay for us!

Speaking of every day life…

One of the things I love most about Rich is that he likes to self-reflect just as much as I do. During our cute little anniversary dinner date (and by cute, I mean all the Italian fire-roasted bread we ate was cute), he asked me what my favorite thing was about being married. His question was both fun and thought provoking and naturally, it has lead me down the rabbit hole of self-reflection.

I was never one of those little girls who constantly fantasized about their wedding day but I knew from a very young age that I was called to be married. (Now, to clarify what I mean by “called” I should mention here that I believe biblical marriage is something that God calls us into for His glory. I do not remember when but at some point in my life, I began to have a strong desire, or yearning, to be a wife and I have come to know that still, small, persistent desire to be the Holy Spirit leading me into what God has planned for me.)

However, it wasn’t until actual* marriage did I realize why I was called into marriage and more specifically, why God called me to marry Rich. So after a few days of reflecting on the question that my husband asked me over dinner, here are the top 5 things that marriage has taught me:

Prior to being married, servant leadership was a term that I had never heard before but it is a term that Rich models his behavior around. A quick Wikipedia search defines servant leadership as ” a leadership philosophy that, counter to traditional leadership, insists on leading others by putting their needs first and helping people develop and perform as highly as possible. Instead of the people working to serve the leader, the leader exists to serve the people.” (sounds a little like Jesus, right?)

What does this have to do with my marriage? Everything.

Rich’s love language is acts of service – the best way he knows how to show me that he loves me is by doing things for me. Not only that, but God has called all husbands to lead their wives in the same way that Christ leads His Church. To be honest, in the beginning of our actual marriage allowing him to lead me was incredibly difficult. It often made me feel uncomfortable, lazy, and like he thought I was incapable of “handling myself”. Through the last two years though, God has pruned away at the sinful areas of my heart and I have learned that my defensiveness towards my husbands leadership, was actually just pride and a false view of what leadership in marriage is. Because of my husband’s persistent desire to lead by serving, I too have become a much more effective leader – a more Christ like leader.

Please don’t get me wrong on this one – sex is great, and it is a very important part to a marriage. It is beautiful, God glorifying, and incredibly fun but it is not what makes a marriage. Why is this something that actual marriage has taught me? Well, because I spent my entire teenage and early twenties believing the lie that sex = love.

I chased after it with my whole heart.

I allowed sex to define what I thought love was and that was directly connected to my self-image, and self-worth. It was a very twisted cycle that Satan had me caught up in and it wasn’t until actual marriage that I learned that sex is a physical and spiritual gift, an act of love, but it is not love itself. To take it even deeper, sex does not define who I am, nor does it define the amount of love within my marriage. I thank God that He has redeem what had been broken, and brought me to into the fullness of Christ – and that includes getting to have incredible sex with my husband as something that we GET to do because we love and not something we HAVE to do in order to love.

In 1 Thessalonians, Chapter 5 Paul gives what I used to consider an impossible challenge. He tells us to  “Pray constantly” (some translations word it “pray without ceasing.”)

Can I be real for a second?

I know that everyone thinks my husband and I are incredibly cute together (because we are) and have a perfect marriage but that’s because you’re only seeing the highlight reel. What you don’t see are the frustrations, the arguments, the mess, the ugly crying and painfully silent moments that erupt when you are trying to put two different people, with two different ways of doing life under the same roof.

“Praying constantly” was never a reality until actual marriage happened – where I live with a man, who I am in COVENANT with, and he does almost everything the exact opposite of me. I have learned to pray constantly by always acknowledging the truth that God is always there. Therefor, when my husband is acting some type of way and I am ready to let the “flesh” out, I instead try to immediately give it to the Lord in prayer. Through constantly praying for my husband, my marriage, and myself as a wife, I have given God the authority over my marriage and my heart. Truthfully, sometimes God will answer those prayers by changing my husband’s heart but mostly, He answer’s them by changing my own. It is also through this that I have come to know my prayer life as the “secret place” where it’s just me and my Creator talking about life.

Prayer is deep. Intimate. and powerful.

Wait, what? Yes, I said “fight together”.

The end of 2017 was a very tough year for me – I was doubting God, envying others, having moments of anxiety and intense fear and feeling more alone than ever. The enemy was trying to work his way into my heart and mind any way that he could. I was feeling cold towards my husband, and I would never admit it then, but a small part of me resented God for everything that He hadn’t done.

It was here in this dark mindset that we found out we were pregnant. Pure joy exploded from my heart that day, but it was short lived – we lost our baby 7 weeks later. In the middle of the most intense emotional pain that I have ever felt, God revealed to me a new side of my husband and a new purpose for actual marriage. In a season where I could have very easily succumb to the grief I was feeling and turned away from not only God, but also Rich, I found that my husband is my partner in all things -good, bad, and ugly. I praise God that the temptations of Satan did not overcome in that season, because I honestly don’t know how I would have made it through the miscarriage without Rich’s love.

Normal isn’t “Normal” for everyone.

The hardest lesson that actual marriage has taught me is one that directly confronts how I was raised.

I come from a long line of very opinionated, stern speaking people. We call it being a “Warner” – the ability to get so intense in our tone of voice when we are speaking to others is one that can be found in almost all of my family. Now, I am not saying that as “Warner’s” we are argumentative, or don’t love one another. We just really like to debate, question, and discuss things in a very “passionate” manner. I still remember the look on Rich’s face the first time that I questioned him with the “Warner” tone. What I had known all my life to be normal, was instantly perceived as disrespectful.

It’s been two years, and a lot of grace and learning has gone on as I have learned to let go of “how I was raised” and start honoring Rich in a way that he understands. Love is totally self-less. I think that this is a concept that is foreign to most of us today because we are raised in a culture that portrays love as a “what can you do for me”. We expect love to be something that accepts us exactly how we are, instead of a force that drives us to be better.

It would have been very easy for me to write Rich off as being incapable of understanding me – or where my tone was coming from (because at my heart, I was not trying to sound disrespectful). However, I had to come to terms with the fact that my tongue does get away from me sometimes, and that I do not have to be controlled by my words, speech, or tone simply because it was something that I grew up around. This area of my personality was one that God, by His grace, is still softening within me.

Actual marriage can be really uncomfortable some times – like, when it confronts your prideful, selfish ways. But actual marriage can also be incredibly wonderful – like, when it proves that love is kind, patient and doesn’t hold grudges. The past two years with Rich have been some of the most fun and sweet years I have ever lived and at the end of the day, I would rather spend 10,000 uncomfortable moments learning to love Rich well – in a way that glorifies God, then spend a single moment learning to love myself. 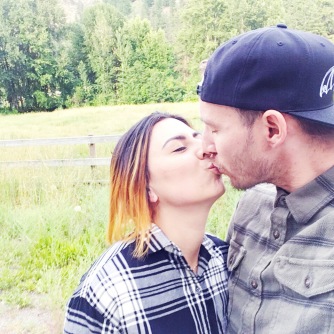 4 thoughts on “5 Things Actual Marriage Has Taught Me” 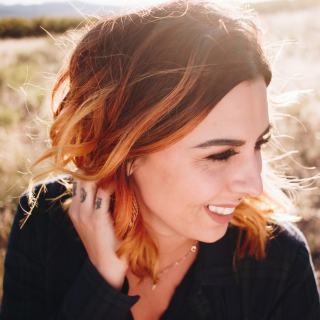